This is a great article written by Kristine Fellizar from Bustle.com that I also helped contribute to. Collaborative posts make an interesting read as it allows other experts to come together with different opinions and gives the reader a much broader perspective of the topic at hand. 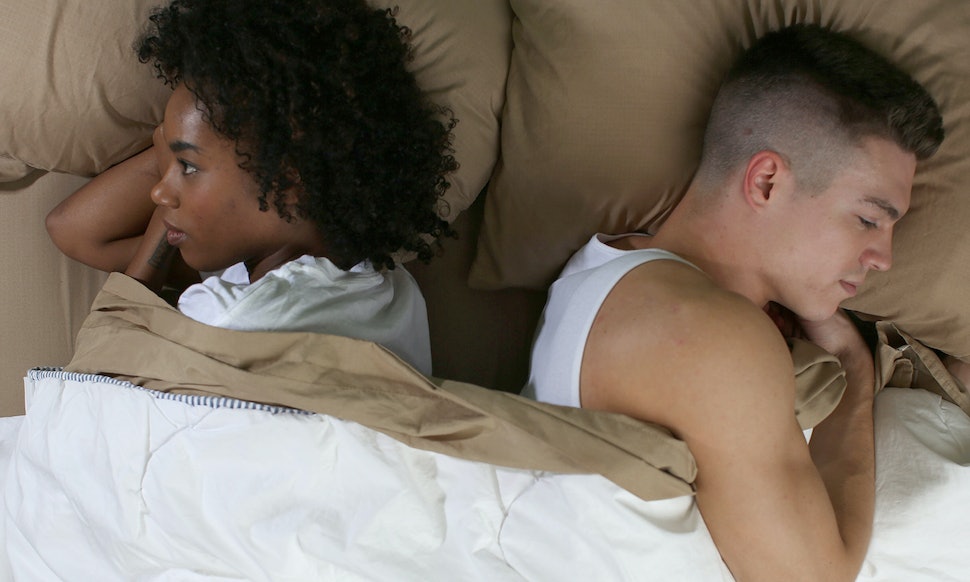 It’s so easy to get swept up in the rush of lovey-dovey feelings you get from dating someone new. But according to experts, it’s pretty important to stay grounded during the first three months of dating. Because as amazing as those new love feels are, those first 90 days can determine whether or not your new relationship is the real thing or has an expiration date.

“The three month-mark in a relationship is usually when you either take the relationship to the next level and become more serious, or you decide that love isn’t going to grow and you break ties,” dating coach, Anna Morgenstern, tells Bustle.

Although every relationship differs, three months is considered to be the average length of the first stage of a relationship. According to psychotherapist and relationship coach, Toni Coleman, LCSW, you should be ideally making that transition from “casually dating” to “exclusive” around that time. But again, this varies depending on how much time you actually spend together and how much distance is between you two.

According to Coleman, many believe that “losing interest” is the reason behind why some couples can’t seem to make it past three months. But that’s not entirely the case. “It’s not so much losing interest in one another as it is making a decision that this relationship is not one they want to invest more in and deepen,” she says. “They simply don’t feel that the friendship, connection, attraction and interest are strong enough.”

So will your new relationship make it past those crucial first 90 days? According to experts, if your partner hasn’t done these things in that timeframe, it may not.

1. Be Consistent With Their Communication

At the beginning of a relationship, texting, calling, and messaging typically happen very often. There’s a lot of back and forth flirtation, and you pretty much expect it. But if your partner is no longer predictable or consistent with their communication, licensed psychologist Dr. Danielle Forshee tells Bustle, that’s not a great sign. “In a new relationship, both partners should be mutually invested in spending time getting to know the other person,” she says. “This should be equally reciprocated on both ends.”

2. Be Their Genuine Self Around You

“The first few months are often all persona, all pretense,” Caleb Backe, Health and Wellness Expert for Maple Holistics, tells Bustle. “This is not a bad thing, per se, it is simply the nature of the beast.” During those first few months, you want to present yourself in the best possible light. The more time you spend together and become more comfortable with each other, the easier it is to shed the persona and be your true self. But if your partner can’t be their genuine self around you by three months, Backe says they may have deeper emotional issues that may need to be worked on. “Use your heart, your head, your gut, but be realistic about your expectations,” he says. “Don’t be afraid to bring certain topics up. Now that three months have passed, it is starting to get real.”

3. Invite You To Hang Out With Their Friends

If your partner starts making more plans with friends and isn’t making the effort to include you, Morgenstern says, that’s an early sign your relationship may not last. When this happens, the tendency is to cling onto the relationship for fear of losing it. You may text them more or request to spend more time together. But as she says, “that is the absolutely worst thing to do.” Instead, let them be. Maybe they need space to figure out their feelings in order to move forward. “Plan a trip with friends for the weekend and have an amazing time reconnecting with your inner circle. Coming from a place of self love and inner confidence will save your relationship,” Morgenstern says. “And if your partner does break it off, you’ll be setting yourself up to walk away from the relationship as a whole person, not a broken shell of yourself.”

You shouldn’t be initiating everything as your relationship goes on. So if your partner’s interest in the relationship isn’t strong enough to take it to the next level, they will take less of an initiative, be less affectionate, and show less physical closeness, Backe says. In short, there’s going to be distance and you’re going to feel it. “Some would say that this may be stemming from a fear of reaching that 100 days mark, so you need to take some serious personal and couple inventory (though you may not want to call it that), and see what it is that you have here,” he says.

5. Be A Shoulder To Lean On

If your partner can’t listen to you and be your shoulder to lean on in those first three months, Daniels says your relationship may not make it long-term. You shouldn’t necessarily dump all your deepest and darkest fears to them right away. But if you’re going through something at work or with your family, they should be there to talk and listen to you. “This kind of thing is what takes your relationship to the next level,” she says. “It establishes a level of trust and strength for both of you to feel comfort when seeking comfort.” If your partner can’t be that for you, that’s not a great sign.

6. Make Solid Future Plans With You

It’s one thing to say that you should go away together for the weekend, and it’s another to actually book everything and hash out the logistics. If your relationship is one that is destined to get stronger, Coleman says you will make solid plans for the future together. For instance, you may not meet their family within those first three months, but you can make plans for it. But if your partner can’t even commit to making dinner plans for next week, that’s not the best sign.

7. Make Your Relationship A Priority

“There is much more that goes into maintaining a long term partnership; it’s not just all about lust and pheromones,” Susan McCord, dating coach and talk show host, tells Bustle. “Relationships take work and need to be nurtured.” As you go further along in your relationship, your partner should be putting a good amount of effort into the relationship. The “busy” excuse won’t cut it. If someone wants to be with you, they’ll make time. You will be a priority.

It’s tough to realize that the person you’re dating isn’t putting in enough effort to be in a committed relationship with you. But as Coleman says, “You can’t keep someone interested if they’re not.” Besides, why waste your time and effort trying to make a relationship happen if it’s not meant to?

On the other hand, it’s so easy to get hung up on timelines, especially when you first start dating. There’s no shame in wanting commitment and exclusivity once you’re realized your feelings. But just remember, every relationship is different. For some, life circumstances will only allow them to have two or three dates over the course of three months. For others, getting engaged after three months just feels right. If your relationship is making you feel anxious because you haven’t done this, this, and that, by your third month together, don’t panic just yet. If you and your partner can openly communicate about where things are at and where it’s going, you’re on the right track.

#happyvalentinesday❤️ from my home to yours! Love is available in many forms in your life. Whether it is your friendships, partnerships, your family or your sweet pets, it is all valuable! Be grateful for all of it and celebrate the day tomorrow! Sending hugs and lots of love to all my Instagram family! Xo ❤️❤️❤️ #relationshipcoach #relationshipcoaching #valentinesday2021 #staysafeeveryone #rosesfrommylove
First time playing pool in a mask! Felt so good to be out! #billards #yaletown #vancouvergirl #relationshipcoach #nightout #datenight❤️ #vancouverisawesome #covidtimes