Today Dear Sybersue discusses the question from Ravi; a young Indo-Canadian man who is anxious & very torn about having to deal with his Indian parents traditional values! Ravi was born and raised in Canada but is still expected to marry his chosen bride in India.

He is confused about what to do! He loves his parents but doesn’t want someone to tell him who he should marry. His Canadian friends all have the freedom to date whomever they want to and no one tells them who they have to marry or fall in love with!

Ravi is frustrated that he is forced to live in this old school way of thinking that his parents still hold onto; despite the fact that they haven’t lived in India for 35 years and only go back for a visit every 7 years. There are many mixed marriages in Ravi’s hometown of Toronto so he is confused as to why his parents won’t accept this and still have the same expectations their great great grandparents were raised with?

Is this fair to kids who are raised in a Country where men and women have the freedom to make decisions without their parents traditional values having the final say?

What do you think? Has this happened to you?

Please leave your comments below after watching the video above and offer some suggestions for Ravi and others that may be in a similar scenario.

There was an error retrieving images from Instagram. An attempt will be remade in a few minutes.

MY ADVICE POSTS AT MOGUL 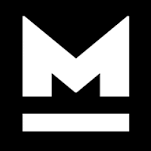 "Filling my papers with breathings of my heart"

No BS Advice Videos, Blogs & Advice Column for Millennials and Gen-xers (By a Sassy Redhead who has been there, done that & has all the T-shirts to Prove it!)