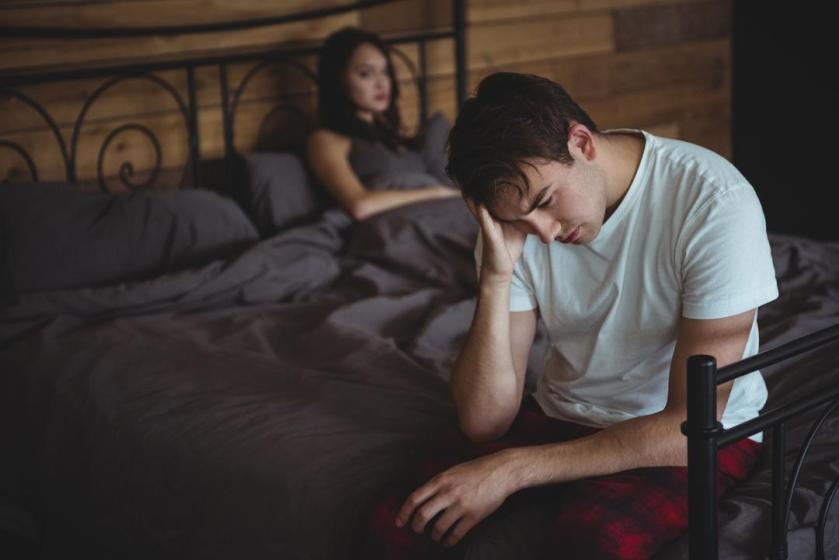 I am in a relationship with a guy who seems to be only half interested in me! Some days he is so amazing & loving and then other days he is so removed and distant. We have been together for 9 months.

He is 41 years old, crazy fit & handsome, never been married, but has dated a lot!! I met him online (Plenty of Fish) where he has been active for the last 4 years. I know from watching many of your videos that you are thinking; “4 years? WTF?” I also questioned that, and when I asked him about it he said he just hadn’t met anyone he felt a connection with until he met me.

Ya, I know, great line, right?

I am 36 and very ready to be in a committed partnership & become a mom. He knows this as it was not a secret on my POF profile. I don’t believe in stupid games or playing hard to get, so I just spell it out there for everyone to see.

I am not a serial dater and would rather spend time with quality men than have numerous “1st date” scenarios. Saying all that, I am literally losing sleep over this man and trying to make sense of his blatant mood swings! He was occasionally like this in the first years of being together but it is now happening pretty much every other day that I see him!

I thought he was a quality guy but now I am wondering if I got it wrong!

He says he is exclusively committed to me and has even talked about us living together soon. I see him about 3 days per week when he has time from his busy work schedule. He says he likes kids but hasn’t expressed any desire to start a family yet.

He is an only child and doesn’t seem close to his parents. I have never met them (although they supposedly live in the same city) and he doesn’t talk openly about them or his childhood. I don’t push the subject although I am starting to be very curious about it all now! Who is he really? What makes him tick?

I question our relationship every time he goes from Dr. Jekyll to Mr. Hyde but then I get sucked back in over and over again. Why is that you ask? Because when it’s good it’s SO GOOD! He doesn’t tell me he loves me often but he can be quite romantic!! Sex is great when he is “into me” and then void of any affection at all on his “off days” with me.

How can someone be so hot and cold? Is there hope for us as a couple or is it a doomed situation and I should just move on?

Help me Sybersue, I am starting to get really pissed off with the way he is dealing with all of this! What is his story??

Thank you so much for your question as I know many men and women would also like to know how to handle this type of scenario. I am glad you are starting to get pissed off because that is when you will push to find the answers you are looking for.

Just accepting his “on and off” behavior is not healthy for you and if he can’t be honest as to why he is doing this, there may be some ghosts & goblins hidden in his closet that he is not sharing with you.

You haven’t met his parents after 9 months which says he either has family issues or he is not as committed to you as he says he is. Neither of these scenarios are what you want in a partnership.

He is definitely holding something back from you.

The fact that he has been a serial dater for 4 years (that you know of) and not yet met someone he wants to commit to at 41, is a sign that he is probably commitment-phobic. After 9 months together you are entitled to question him on these things and I would start doing that very soon. It’s not OK for him to treat you in this hot and cold manner.

If you are going to give your heart to someone you need to know where you stand with him! You said that you spelled things out with him in the very beginning so he knows you want a committed relationship with all the bells & whistles attached. The problem with that is he can use this as a manipulation tool and just give you enough to keep you interested without going to full distance! Actions speak louder.

His constant mixed signals are red flags that show his guarded personality. You shouldn’t have to question his feelings for you when it is RIGHT. I am not saying he can’t eventually change his ways, but it is not up to you to fix him.

If he is not willing to talk to you or see a counselor about why he is behaving this way, then I would suggest you end things and move on to find a more loving and reciprocated partnership where there are no questions.

This situation you are in gives a whole new meaning to give & take! (You give and he takes!) We all have stuff to deal with in life but it is HOW we deal with it that allows us to grow to our best potential and remove negative patterns that continue to screw our life up.

Since he has brought up living together ask him the following questions before you make any decisions:

No one wants to hear that they are a part-time girlfriend but if you allow yourself to only get part of the guy you are in a relationship with, then that is the title you will end up with. Your vision of what you want for your future leaves no questions as you have been honest and to the point. He knows what you want!

Unfortunately you may have been wearing rose colored glasses when it comes to what he wants. Don’t get sucked in to his “maybes” or “later on down the road baby” comments that he throws out from time to time. You’re a smart girl, you know if he is really invested or not.

Talking yourself into staying in this relationship because your biological clock is ticking away, is not being true to yourself. Don’t sell yourself short and miss out on the things you truly want. Go get them!

Don’t make a man “your everything” because you will have nothing left if your relationship falls apart. He should be a big part of your life but you are the main course. Never lose sight of who you are or settle for less than what you deserve.

I hope you figure things out and will keep in touch. Thanks for writing. 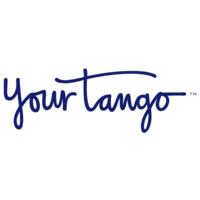