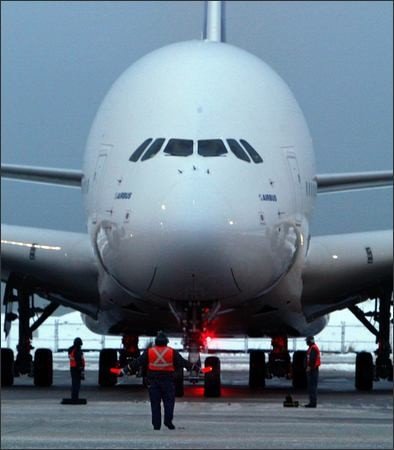 I have been in a long term relationship with my girlfriend for over two years. She lives about 5 hrs away from me and we do not see each other more than once every two months or so. I am in my last year of college and she has a full time job. The distance was hard but we always made things work out. I loved her but even I sometimes questioned if we should continue to go through with this or not.

When I asked her about how she felt she said she loved me and would do anything to stay with me. A few weeks went by and one day my girlfriend texts me saying that that she wanted to talk to me about something. She gave me a call a few hours later and it turned out that she wanted to “take a break” from things right now. I was caught off guard and confused. I agreed to it because I wanted to make her happy. The next few days I was thinking so often about what happened and texted her back to try to talk to her more about things. She said she needed “space” and “time.” I haven’t text her since and it’s now been over a month.

What do you suggest I do? I love this girl with everything I have. I dream about her and think about her every single day non-stop. I have been trying hard to stay positive and do my own thing but I have always wanted to marry her from day one. She told me that she wanted that too. I don’t understand how one day you can say I love you and the next just stop talking to the person altogether. Have I given things enough time? What should my next move be?

I am a little confused as in the first few lines you said you did question whether you should keep going through with the relationship with your GF but now she has pulled back and initiated a break, and you are saying you “would” marry her…Sometimes when we are hurting our heart gets tricked into mixed emotions. The fact that she needs space when you only see each other every 2 months is definitely a sign that she may be moving on or is deeply confused about her future with you.

I commend you for not texting or calling her for a month and respecting her wishes as that is not an easy thing to do! I guess really the only thing you can do at this point is to live your life and see what transpires in the next while. Give yourself a time limit on how much space you allow between the two of you. Long distance relationships are very difficult but can work out if both people reciprocate to keep it strong.

Make sure this is something you truly want and not just because she is calling the shots for space in your relationship. Two years together seems like a long commitment but seeing her every two months is really only 12 times in that time period. It is easy to make it exciting and think it is what you want when it is always in a honeymoon stage. Living together may be a whole new thing for you both and maybe she is questioning that right now and something you should also think about.

Thanks for writing & let me know what happens 🙂

Thank you for the reply! I will try to clarify what I said in those first few lines.

I do love her but the distance did cause me to wonder what the next step should be.  Because I am in my last year of college and she is working, it caused a greater barrier between us.  Being able to see each other became harder than it was when we first started to date. I wasn’t sure on what to do, I did not want to break up but we both were unhappy with the situation at hand.  So I was honest with her and asked her what she thought we should do.  She told me that she did not want to leave me and that she would do anything to stay with me. So even though I was questioning things it was not because I didn’t want to be with her, I just didn’t know what to do to make things better for us.

Then all of a sudden she said she wanted to take a “break” and it really caught me off guard!

I will say now that we haven’t talked for a month and a half, it has caused me to really think everything over. I can’t change anything that happened but I am trying to figure out what the next step will be. I really do want her back but I know that has to be a two sided thing if it is going to happen. Do you think I should text her and see if she is ready to talk now? My intentions would be to clear things up, not to get back together right away. Or should I continue to wait and see if she contacts me? This is what’s holding me back right now.

And I didn’t mention this earlier but we actually did spend 6 months living right by each other when we did an internship at Disney together last fall/winter. It caused us to get very close and showed me that she was the right woman for me to spend my life with. After we left there, things became harder when it came to visiting each other (which i mentioned earlier.)

Thanks so much for writing back. I’ll fill you in what happens, if anything does happen.

Thank you for the clarification , that makes a lot more sense.  You sound like such a great guy who is totally respectful of your girlfriend’s wishes right now but, there are two people involved in this scenario and you want and deserve some answers. I think 6 weeks is enough time to “call her” (not text) and ask her what her future plans are so you can move on either with her, or without her. It’s not fair to have you sit there waiting while she has her space. She needs to be honest with you now.

The reason I have never been fond of “taking a break” is that it is seldom reciprocated and one person is always left hanging while the other person is in control of what transpires later on. The truth can hurt though, so be prepared that she might have decided on a different outcome than you are hoping for. Tell her everything you have told me and put your heart into it. You can’t force someone to love you but you can definitely go out fighting for what you believe in. At the very least she will know how you truly feel and you can feel good that you did everything possible to keep the relationship alive.

Wishing you much love, and happiness always 🙂 Sybersue

Here is the video where Johnny wrote to me with his concerns.

There was an error retrieving images from Instagram. An attempt will be remade in a few minutes.

MY ADVICE POSTS AT MOGUL

"Filling my papers with breathings of my heart"

No BS Advice Videos, Blogs & Advice Column for Millennials and Gen-xers (By a Sassy Redhead who has been there, done that & has all the T-shirts to Prove it!)